The Junior League of San Diego headquarters is located in the charming Banker’s Hill neighborhood near Balboa Park. Affectionately referred to by members as “210 Maple”, the house is deeply connected to the history of San Diego. 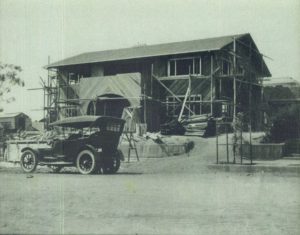 In 1916, Ralph Granger, a San Diego pioneer, commissioned Louis Gill of Gill & Gill as the architect for a house he later gave to his daughter, Rachel, and son-in-law, Dr. Harry Wegeforth, founder of the world-famous San Diego Zoo. The house is considered to be in the Irving Gill style and it is believed that Louis and his uncle Irving worked together on the design of the house. The cost of the structure including the lot was $1,600 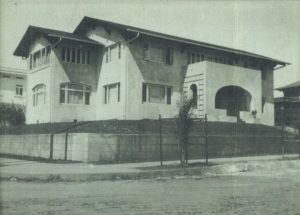 Lester and Milton Wegeforth, sons of Dr. Harry Wegeforth, recalled that the house was “ahead of its time.” It featured functioning solar panels, a full in-house vacuum, trap doors for plumbing repairs, plus other special features for its day.

History of  Philanthropy and Advancement of Women at 210 Maple 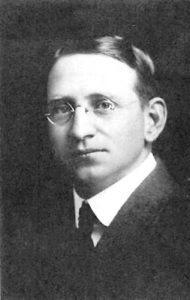 Originally from Baltimore, Dr. Harry Wegeforth attended the University of Maryland and did his postgraduate work at the Baltimore Medical College. In 1910, he moved to San Diego and opened his medical office. In 1913 he wed Rachel Granger Wegeforth (a community leader and philanthropist, in her own right) and in 1916 the couple took up residence at 210 Maple St.

In that same year he and his brother Paul were named surgeons for the Panama-California International Exposition in Balboa Park. It was also in 1916, that the Dr. attended the first official meeting of the San Diego Zoological Society and served as its Founder and President until 1944.

In 1927, the progressive Dr. Wegeforth hired Belle Jennings Benchley who led the San Diego Zoo to an international showplace when she became the world’s first and only female zoo “directrix”.  After four undesirable Zoo Managers, Wegeforth promoted Benchley from Zoo Bookkeeper to Manager and Executive Secretary—the Zoo’s top position. “Go ahead and run the place,” he said, “you’re doing it anyway.”

Not only did Dr. Wegeforth originate the idea of a zoo for San Diego, he also carried through with its development, enlisting tremendous philanthropic support for its exhibits. His legacy lives on today, the San Diego Zoological Society enjoys an unparalleled reputation for the care and study of animals and is a world renown educational organization. The Palmers were an influential San Diego pioneer family. In 1940, Adele Rose Palmer purchased the house and immaculately furnished it with an ensemble of antiques and collectibles. There were rare American, French, Chinese, and Japanese furnishings including a signed Tiffany lamp; all of which were auctioned in 1981 with the proceeds going to various charities.

1981 The Search for our Headquarters

The JLSD Headquarters Search Committee selected The Wegeforth Home located at 210 Maple Street after a county-wide search.  The Home was for sale by the Estate of Mrs. Adele Rose Palmer’s Estate. 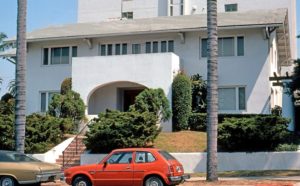 Thank you for your support!

The Junior League of San Diego, Inc. is part of an international organization of women committed to promoting voluntarism, developing the potential of women, and improving the community through the effective action and leadership of trained volunteers.

Its purpose is exclusively educational and charitable.

The Junior League of San Diego welcomes all women who value our mission. We are committed to inclusive environments of diverse individuals, organizations, and communities.

By continuing to use the site, you agree to the use of cookies. more information