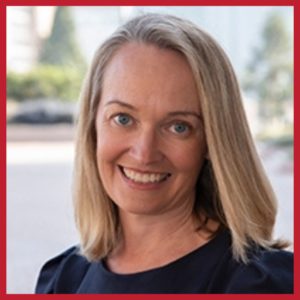 Julie has over a decade of biotechnology and pharmaceutical industry experience in various marketing, strategic planning, finance and managed market roles for Abbott Laboratories and Amgen. During a sabbatical from Amgen, she served as an adjunct faculty in the John’s Hopkins University School of Nursing, teaching at various academic medical centers throughout the country. Her myriad consulting engagements include advising the US Food and Drug Administration to incorporate technology into the logistical chain to address food safety and transport issues. Julie is a Lecturer at the UCLA School of Public Health, teaching a master’s and doctoral course on “Reproductive Health Advocacy.” In addition, she serves in an advisory capacity to the National Association of Pediatric Nurse Practioners (NAPNAP) – Los Angeles chapter. In 2012, NAPNAP-LA presented her with their highest award for a non-clinician given annually to the person who most advanced the practice of nursing in the Los Angeles area.

Dr. Elginer is a recognized leader in advocacy and health policy issues. She has led volunteer non-profit advocacy throughout California and in Washington DC. She has drafted legislation, conducted policy analysis, testified before the legislature and successfully advocated for several issues including perinatal mental health, human trafficking, categorical eligibility of food stamps, microbicides funding and more. In 2010, the California Assembly bestowed upon her an Individual Member Resolution for her “lifetime of achievements and meritorious service.” In 2011, Julie was recognized by the United Nations Association of New York for her work addressing the perils of human trafficking, along with colleagues from the Association of Junior League International. In 2012, she was appointed by Governor Jerry Brown to a four-year term as a member of the California Board of Chiropractic Examiners.

Thank you for your support!

The Junior League of San Diego, Inc. is part of an international organization of women committed to promoting voluntarism, developing the potential of women, and improving the community through the effective action and leadership of trained volunteers.

Its purpose is exclusively educational and charitable.

The Junior League of San Diego welcomes all women who value our mission. We are committed to inclusive environments of diverse individuals, organizations, and communities.

By continuing to use the site, you agree to the use of cookies. more information